Forcing Blockchain to be compliant with GDPR is no solution 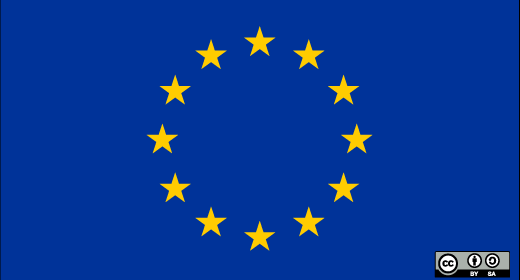 The General Data Protection Regulation (GDPR) is now enforced. This has major impacts towards Blockchain and Distributed Ledger technology. In general: these technologies are not compliant to some certain demands of the GDPR.

The World Economic Forum titles in a statement €œWill GDPR block Blockchain?€. And unfortunately, I have to agree yes, it might will.

Let me state in some words, why we need to force adjustments on GDPR regulations towards to blockchain and distributed ledger technologies. And why it€™s absurd attempting backwards fixing to force GDPR compliance on that technologies.

The core of Blockchain: Trust and Resilience

Blockchain technology and Distributed Ledgers (DLT) power is based in resilience and trust. Both is created by the distribution principle, where nodes are storing transaction in their ledger and consents between ledgers is needed to determine if the transaction is valid. As nodes location can (and should) be scattered, it€™s hard to answer the question on which geolocation data is stored and proceeded in the Blockchain network and by that which jurisdiction is to be effective.

For large public chains in case of doubt: everything and everywhere.

Additional the main principle of building trust inside the Blockchain makes it impossible to delete written transaction. Also updating existing transactions can€™t be done, since they are immutable. Therefore, the demand of GDPR on the right to delete data is not directly representable in these cryptographic principles.

The demand to erase data in GDPR is allegeable from a €œpre Blockchain€ area, where state of technology was the storage of data in relational or object based databases – or more advanced in cloud storages. Deleting data in such architectures is a feasible demand. But blockchain principle of data treatment was not on the radar, when European legislation was formulating the GDPR. Blockchain is a €œyoung€ but highly accelerating technology, started in 2008 below the €œradar€ of legislation stakeholder groups debates. And it€™s a perfect example that technology can leapfrogs ahead regulation and leaves legislators behind.

Why €œHASHING€ is not the answer for GDPR compliance

The situation is absurd. We have a powerful technology, but by basic architecture principle it€™s not compliant to the demands of the GDPR. The industries answer is €œhotfixes€ on Ledgers, where personal data is involved. One popular recommendation is not storing personal data but €œhashed€ relations in the chain. This means that no personal data is stored in the Ledger and by that the system is compliant to GDPR €“ as there is no more need to erase personal data.

We can adjust Blockchain by GDPR workarounds but will lose the fundamental advantages of this technology. Or we can adjust the GDPR.